In an honest effort to connect and relate to someone in a situation you have never been in before, would you ever tell:

…a diabetic that you also worry about your blood sugar because chocolate cake gives you a “buzz”?

…a rape victim that you were also violated sexually because you regretted having intercourse with someone two weeks later?

…an alcoholic that you understand the suffering of an alcoholic because of a killer hangover you had this one time in college?

…a cancer patient that you’ve went through this type of fear when you were once hospitalized for appendicitis?

…someone with anorexia you understand what it’s like to have this disorder because you’ve dieted a few times and each time it felt like you were starving to death?

…someone who compulsively gambles that you know what that’s like because you’ve lost money on a bet/ dare you had with your buddies?

…a grieving parent that you understand the agonizing loss of a child because your friend’s husband’s uncle recently died?

…a suicidal person to “suck it up” because you’ve felt down and have prevailed after having a good vacation in the Bahamas?

…your brother who recently admitted that he is gay that you understand his relief concerning “coming out” because you felt much better after telling your father that you broke his favorite lamp?

…a friend who has been cheated on by a spouse that you’ve had that kind of betrayal because you caught a classmate copying answers off of you during a test?

I would hope that the answer to each of these shocking questions is NEVER because of how insensitive it is to trivialize each of these individual’s pain; for someone to ask these out of the true definition of “ignorance” shows just how much more social education and awareness efforts need to be made in the world to eliminate misconceptions about the severity of these situations. While these types of statements can be blindly made by a concerned confidant (not a spiteful enemy) in an effort to console a conflicted individual, these are misguided statements that further alienates the person in question. 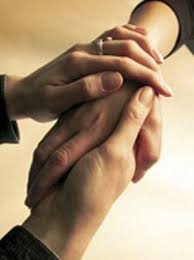 “I may not understand, but I care about how this affects you.”

Would you, as a non- suffer of Dermatillomania, tell a sufferer:

…that you experience the isolation of compulsive skin picking because you get zits on your face makes you self-conscience?

…that you understand this disorder because you pick at your blackheads every morning before leaving for work?

…that you are embarrassed by the same scars, the ones from when you used to ‘cut’ as a teenager?

Dermatillomania is a serious disorder characterized by a pathological urge to repetitively pick at one’s own skin. It is not driven by an intentional urge to mutilate the skin, but from an uncontrolled necessity in relieving anxiety through a cathartic release. The shame we feel is far deeper than our scars; we feel powerless in our minds and hands. Telling a sufferer that you understand what it’s like to have Dermatillomania is not comforting unless you actually have it or another Body-Focused Repetitive Behavior that causes you serious distress and conflict in your everyday life.

Most people do pick at their skin as a normal grooming behavior, but it does not mean they have a disorder. Skin picking is not considered a disorder unless it is often and/or bad enough to cause significant distress or problems emotionally, psychologically, and physically. The anxiety caused by the marks left on the skin is increased and the coping mechanism to anxiety, for a sufferer, is to pick more, which causes a vicious cycle.

What you can do if someone tells you that s/he has this disorder is to listen, affirm feelings, and let the person know that s/he is not alone. Please, please, don’t tell the person that you understand because nothing in the world can accurately encompass the complexity of a BFRB. Hopefully enough awareness about this disorder will achieve the same shock value in the last three statements as with all of the above attempts to relate to a sufferer.

To be the first notified of Angela Hartlin’s future updates, please click here to subscribe to her feed.