It wasn’t until the end of my first semester of my first year in university that I first heard the term Psychogenic Excoriation. In December of 2004, it was my Dermatologist who broke the news that the marks on my skin were the result of a psychological influence rather than a physical one. As someone who had began picking her skin regularly before the age of 10, I was angry that I was made to feel alone by professionals who did not know or bother to explain why I had to keep engaging in this daily ritual that resulted in visible wounds to my skin.  I had seen many mental health professionals who brushed it off by suggesting I’d grow out of it along with a few who made insensitive comments about a behaviour I was deeply ashamed of admitting. 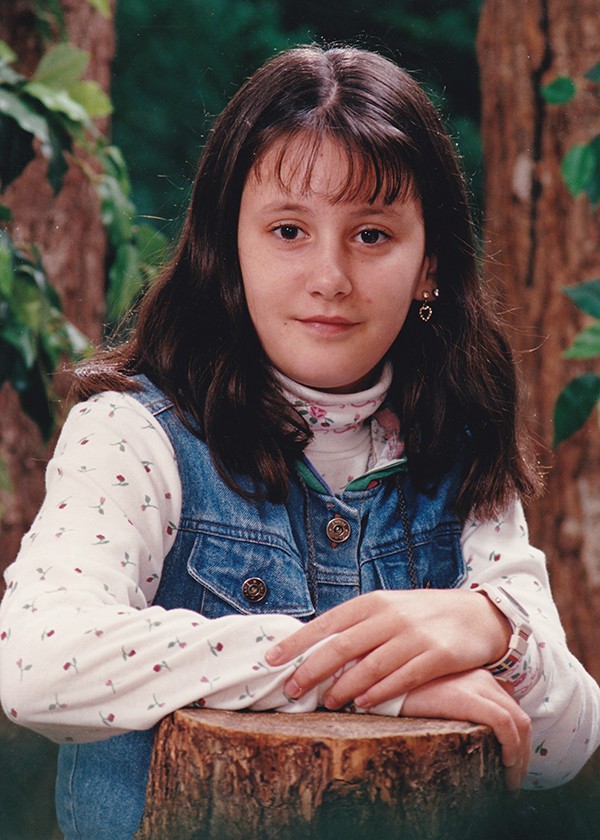 Grade 5, before my father’s brain injury

Thinking back to the 90s and early 2000’s lead me to imagining an alternate reality where Body-Focused Repetitive Behaviors (BFRBs) were as well-known as other mental health afflictions and discussed as openly as physical conditions are.  While it is not something I dwell on, it gives me incentive to continue pursuing awareness to ensure that we change the future of children who have BFRBs and who may not be surrounded by anyone knowledgeable about them, let alone a practitioner who is able to treat them. What would life have looked like for my nine year old self who was engaging in a seemingly harmless behavior if the adults in my world knew what was going on and how it was affecting me? Could something have been done to intervene on my skin picking or would I have spiraled out of control with accompanying mental health afflictions such as depression, anxiety, and trauma affecting me as deeply as it did?

The senior years of elementary school would have been the perfect time to learn about these mental health afflictions at an age-appropriate level. If taught from a simple, non-judgemental, place I would have still felt alienated as I did in grade six when peers would look at me in health class during discussions about acne as if I was going to add in a personal perspective. However, knowing there was a name for my action would have made me realize that because it had a diagnosis that there were others in the world who knew what it was like to have the same difficulties I did.

By the time we reach middle school, we should all be loosely educated on mental health. With many professors in universities still not delving into BFRBs to prospective treatment providers, the requirement of presenting it in grade school would be as basic as the traditional teaching method of telling youth the definition of a term. With many mental health afflictions coming to fruition during the teenage years, it is an imperative topic to discuss alongside health instead of as an additional subject. 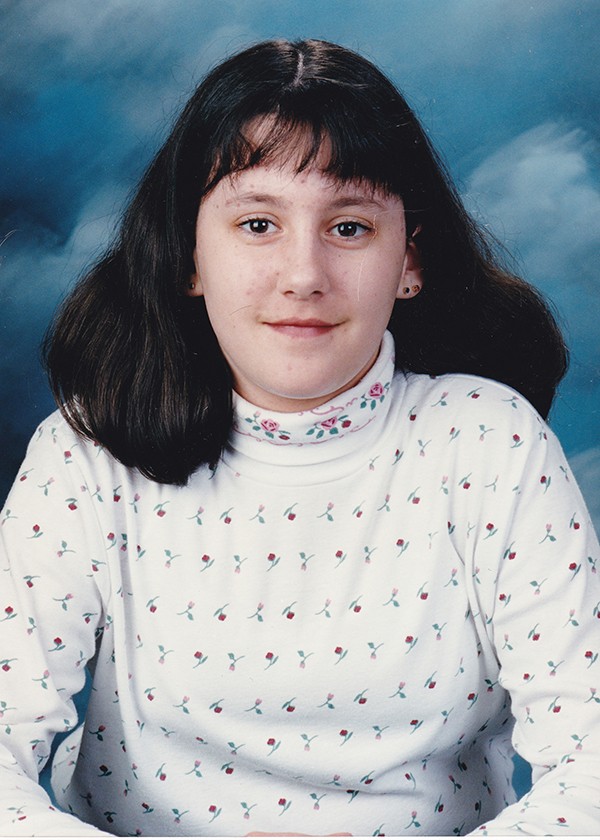 Grade 6 (age 12). Still wearing my turtleneck to hide the damage caused to my upper chest, shoulders, and back.

When we think of school, many of us think of a public arena where we send our kids to in order to be prepared for the real world. However, there is a lot that the school system is not equipped to handle due to a heavy workload which includes a variety of topics to touch in such a short time. When I think back of my time in school, I hate how well I could solve a quadratic equation or regurgitate information from a textbook but didn’t know how to fit into an alienating world that seemed unwilling to accept me for my appearance or the repetitious behavior that caused it.

We don’t prepare youth of today for the real world through public education. We teach them to retain as much information as possible in the shortest amount of time in order to obtain a high test score. We have replaced courses with practical life skills for those with higher academic requirements that look good on post-secondary applications, which is where we fail to prepare students for life. Had there been a focus on the well-being of students instead of limiting knowledge to the arts (which are always on the line to be cut) and sciences, there would have been more room for health and living skills that not all families have access to.

Instead of taking additional math courses I would have personally benefited from taking health-related classes along with home economics. With many classes being mandatory for high school graduation but not in our field of choice, there would have been lifelong rewards in having more information about mental health because knowledge is empowering. I would have greatly benefited in knowing I wasn’t alone early on in life instead of struggling through school as isolated as I felt. What I would have learned about BFRBs and other mental health afflictions (along with self-care strategies) would have carried with me into my adult years instead of the forgotten recollections of complicated mathematics or everything I crammed for the night before each irrelevant test.

Check out the five star documentary Scars of Shame and Angela’s ground- breaking memoir FOREVER MARKED: A Dermatillomania Diary. Like Angela on Facebook, follow her on Twitter, and join her on INSTAGRAM. Learn more about her upcoming recovery memoir with karen pickett, lmft, embracing dermatillomania: my recovery story by subscribing.