Awareness and Advocacy for Excoriation Disorder

Does PickFix™ Help with Skin Picking?

PickFix™ is an essential oil/ serum marketed to people who have a “nasty habit” of picking their skin for $28 USD/ $48 CDN. The choice of words presented on Carter + Jane’s website shames potential customers by stigmatizing the results of an anxious behavior. Immediately my alarm bells go off as people with excoriation disorder […]

How I Walked Away From a Pimple

I knew I would slip-up going into a self-imposed second quarantine due to my struggles in being a mother, needing at least one hip surgery, and living through a pandemic. A fact I accept in my dermatillomania recovery is I can’t be perfect with a disabled body and chronic pain, especially while going through everything […]

With 2020 bringing us the pandemic and its associated stresses, many BFRB peer support groups have transitioned to an online format. While BFRBhalifax is still open to Nova Scotia residents, I created Skin Picking Support on Facebook to provide monthly support via video chat. If you are unable to attend Skin Picking Support meetings or […] 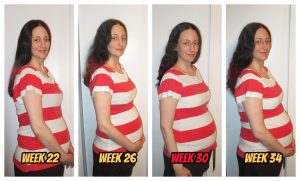 My Challenges During Pregnancy

Despite being in recovery from dermatillomania since 2015 with a few minor blips along the way, I wasn’t sure what to expect from my skin picking disorder when I became pregnant in May of 2019. With body-focused repetitive behaviors (BFRBs) having links to hormones I prepared myself that my recovery success could fall apart during […]

The #1 Misconception About Dermatillomania

Awareness for dermatillomania and other body-focused repetitive behaviors (bfrbs) has magnified over the last decade. In 2013, the DSM 5 recognized compulsive skin picking as “excoriation disorder”, categorizing it under a new “obsessive-compulsive and related disorders” section in the mental health diagnostic manual. While efforts have gone a long way to inform a higher percentage […]

Similar to the Project Dermatillomania series, Doesn’t It Hurt? Confessions of Compulsive Hair Pullers by Sandy Rosenblatt is a compilation of real stories from people who have trichotillomania. As suggested in the title of this anthology, trichotillomania is a disorder that causes a person to pull out their hair compulsively. In the last diagnostic manual […] 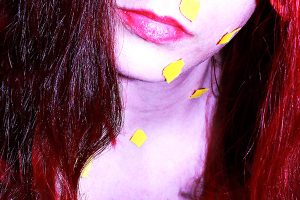 How to Accept Your Dermatillomania

It’s hard to gain acceptance about a condition that you didn’t want and never asked for. The difficulty in coming to terms with having a chronic disorder that causes lesions on the skin can be overwhelming in day-to-day life. How can a person look at their skin and be okay with what they see? This […]

In being the second title in the series, Project Dermatillomania: Written on Our Skin (PD2) provides a vivid look into the lives of many women who have Excoriation Disorder (aka “Dermatillomania”). The 116 pages of this collective includes poems, personal stories, and artwork that conveys the severity of this often misunderstood disorder while providing intimate […]

It wasn’t until the end of my first semester of my first year in university that I first heard the term Psychogenic Excoriation. In December of 2004, it was my Dermatologist who broke the news that the marks on my skin were the result of a psychological influence rather than a physical one. As someone […] 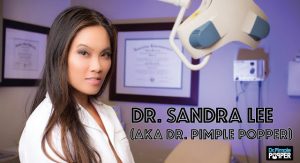 The Sensationalism of Dermatillomania

With awareness of Body-Focused Repetitive Behaviors (BFRBs) beginning to gain traction across the world, it is important to discuss how disorders such as dermatillomania affects a person’s quality of life. From social isolation to embarrassment of marks, most people who compulsively pick at their skin keep it a secret so that they won’t be judged […]

Read more
Cookies help us deliver our services. By using our services, you agree to our use of cookies. More Information